Somalisa Camp has a incredible location.It occupies a small part of an acacia island,which is part of a old seasonal flood plain.

From this camp one has amazing views of the open savannah plains. 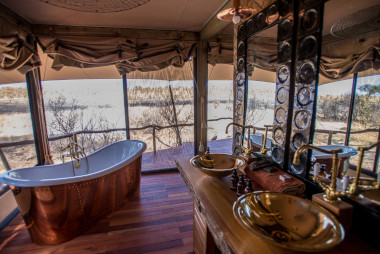 From $330 per person per night, seasonal rates. 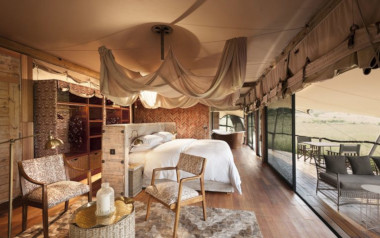 This is the way Africa was meant to be experienced.In a remote,secluded,Africa Safari Bush Camp.

The Interior design in the main public areas ie  lounge and dining area,combine the colonial days to the tribes of Africa.

There is a small splash pool,on the main deck,which overlooks the pan,which attracts herds of game who come to drink. 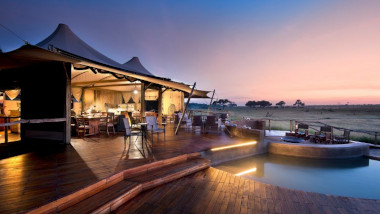 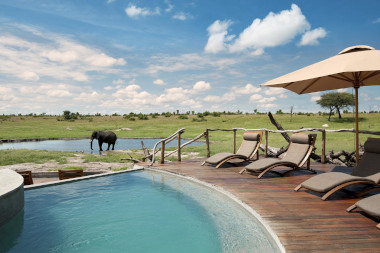