Due to Mozambique’s 2,500 km of Indian Ocean coastline mainly made up of empty palm-fringed and sandy beaches there is a lot of privacy and secluded locations for the beach resorts in Mozambique.

They flow easily with a South Africa tour Safari as Mozambique is easy to travel to due to its closeness to South Africa. 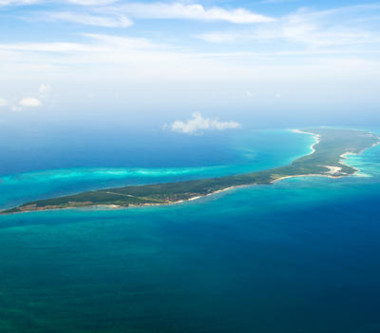 The Mozambique All Inclusive resorts are generally of the smaller room wise boutique type that range from moderate to luxury.

Travel to Mozambique is relatively quick.We do the air,hotel of choice,and transfers leaving you with nothing to do…that’s the point.

Health:To enter Mozambique please consult your doctor for the accurate information on any health precautions before travelling.A yellow fever proof of vaccination is compulsory should you have traveled in a concerned country in the last 6 months prior to entering Mozambique.

Luggage restriction:Generally about 20kg per person in soft bag + 5kg of hand luggage per person,however that depends on the airline that you fly with.If you are returning back to South Africa and have higher weight luggage,you can leave your extra luggage at the luggage storage facilities at the Johannesburg airport.

We custom design for Mozambique.Its a restful way to end of your Africa Safari or South Africa Tour.

Most of the time the beach resort/flights/transfer are bundled in with the rest of the South Africa tour consequently we do not have rates.

Villa-Quilalea located on a private totally uninhabited island,surrounded by the pristine waters of the Quirimbas Archipelago marine sanctuary   Azura at Quilalea

Have you ever had the dream of an unspoiled undeveloped and a unpopulated paradise,where the beaches are dazzling white,the ocean is warm and blue,and the diverse environment is pristine.  Benguerra Lodge

Ever had the fantasy of the deserted Island.Twelve kilometres long and a kilometer wide.This whale-shaped curve of beach and bush is drenched in nothing but sunshine and breezes.  Vamizi 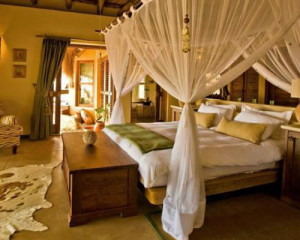 Want seclusion and  luxury for your beach Mozambique holiday ?How about this privately owned beach property on the remote San Sebastien Peninsula in Mozambique.Pambele

Tourism is once again thriving in magnificent Mozambique. Most of southern Mozambique’s coastal resorts have been restored to their former glory.

Presently, the government is engaged in rehabilitating some of the splendid nature reserves.

Mozambique’s surface area spans 801 600 km2 and the country extends roughly 2500 km along the south-eastern African coastline. The population is 18 million, 2 million of whom live in Maputo, the sprawling capital. This city with its legendary nightlife, definitely merits exploring. Its upmarket, colonial hotels are nothing short of fabulous one, the Polana, is justifiably referred to as the “Grand Old Dame” of Africa’s hotels. There are vibrant markets, excellent restaurants and night spots like “Mini Golf” and the “Feira Popular”, which bekon party-animals.

Among the scuba diving fraternity, several Mozambican dive sites are world renowned. Prime diving and snorkeling sites include Inhaca island (near Maputo) and then the Bazaruto and Benguerra island group, north-east of Vilanculos.

Visitors should note that some knowledge of Portuguese is essential if vernturing off the beaten track. But in the main tourist venues, some English is spoken. Various dialects of Tsonga constitute the first language while Portuguese remains the business language. Portuguese influence extends also to cuisine, which in Mozambique is a highlight.

Densly wooded island off Maputo, 45 minutes from the capital by speedboat or 10 minutes by small aircraft. Excellent diving and snorkelling to be had there. Birding is rewarding. (Specials include green coucal and Narina’s trogon). Inhaca Island lodge – actually better termed a hotel – has a good restaurant. Various land and sea excursions are catered for, like to the nearby Ilha dos Portugueses.

Deep in the northern reaches of Mozambique, the Quirimbas Archipelago is one of the world’s most remote beach destinations. It’s certainly more off the beaten track than its southern neighbour Bazaruto and that is precisely why we love it. The white sand beaches are silky and unspoilt, the tropical waters are crystal clear and palm trees peer out onto the horizon. It’s a vision of paradise.

The archipelago contains a collection of over 30 islands off the coast of Pemba. These islands stretch for over 250km from Ilha Tecomaji in the north to Ilha Mefunvo in the south. They really do offer a Robinson Crusoe style secluded getaway – tourists are few and far between and you have beaches of indescribable beauty all to yourself. Pemba itself is a historic town in a scenic setting – nicknamed Mozambique’s papaya paradise. It’s a little run down, but is the gateway to the Islands.

The idyllic islands that comprise the Quirimbas Archipelago stretch for 250 km along the northern Mozambican coastline, from the historic port of Pemba in the south to the town of Palma in the north.

With its 27 islands virtually untouched and unexplored, the Quirimba archipelago represents one of the few tropical island destinations in the world still untainted by man’s influence. The 1500km2 Quirimbas National Park provides sanctuary for the remarkable flora and fauna residing in this marine area. Feeding and nesting grounds for sea turtles, dugongs, dolphins, sharks and whales are protected here, as is a vast expanse of tropical forest. Included within the park are 11 unspoilt coral islands, which are strung along the coastline for 100km in extent. These Mozambique coral atolls boast vertical drop-offs of up to 400 meters, abundant with coral-covered caves and tropical fish, ranging from gobies to mammoth napoleon wrasse, as well as game fish such askingfish and spanish mackerel.

The Quirimbas have enormous cultural and historical value and are a melting pot of Arabian, Portuguese, and African influences. Ibo Island, with its coral reefs, mangroves and magnificent old fortresses, has a fascinating and disturbing history. With its prime location off the East African coast, this Mozambique island became a significant trading post for gold, ivory and later slaves between the 16th and 19th centuries.

Situated a short boat ride away from Matemo lies fascinating Ibo Island, a melting pot of Arabian, European and African influences and a one-time centre of East Africa’s gold, ivory and slave trade. Nominated as a World Heritage Site by UNESCO for its contribution to the heritage of mankind, Ibo Island is a largely undiscovered cultural destination that has an important history to reveal. Hauntingly beautiful, with its coral reefs, mangroves and magnificent old fortresses, Ibo Island is a natural drawcard for Matemo guests, who can visit relics from the slave trade and watch silversmiths hand-fashion intricate silver jewellery as they have for generations.

The lively Mozambican capital is a must see. Legendary night spots include ‘Mini Golf ‘, in an awe- inspiring old colonial property. Then there’s the Feira Popular, a collection of pubs, bars and small restaurants where a good time is had by all. Maputo also has an extraordinary National Art museum and many good hotels, like the Polana, Cardoso and Rovuma Carlton. Many good restaurants. A combination Inhaca Island and Maputo is recommended.

The Inhambane Coastline is an unspoilt and untouched destination about 400km north of Maputo. The capital of Inhambane province is Inhambane town, a charming and colourful settlement with one of the largest working dhow fleets in East Africa. It is well exploring the ancient buildings and wandering around the harbour for a day.

There are a superb selection of beaches around Inhambane and that is why most people come here. The bay of Inhambane is picturesque but most travelers head further east to Tofo which plays host to a beautiful stretch of white sand beach.

It is home to some of Mozambique’s best diving and visitors have the unique chance to snorkel alongside whale sharks – these animals are absolutely harmless and the experience is breathtaking!

The azure blue waters off Tofo are safe and excellent for swimming and there are few better places to spend a beach holiday.

Around Tofo, there are a few other places such as Tofinho to the south and Ponta da Barra to the north which both offer a secluded and sensational getaway.

Maputo, the Mozambiquen capital is a mere 430 km from Johannesburg. So driving and flying are both easy options. Between LAM (Mozambique Airlines) and SAA there are almost daily flights between Johannesburg and Maputo. Charter flights are available. (Johannesburg International airport to Vilanculos – near Bazaruto archipelago)

Visas:
All visitors must have a visa and valid passport. Speak to your travel agent, or consult the nearest Mozambiquan Consulate or Embassy. Visas can also be arranged on arrival in Maputo or Vilanculos airport.

US$ and S.A. Rands are widely accepted. The local currency is the Metical. Take cash and Travelers checques, as few places accept credit cards.

When to go:
May to August (Winter) is the best time, climatically as weather is pleasant. Summer December to March is very hot and humid.

Health:
Malaria is rife, so take the appropriate prophylactics. Drink only purified or bottled water.

What to pack:
Take care to include light comfortable clothing and protective gear / wear for the tropical sun and rain. Also insecticides and all personal medication & toiletries.

200 cigarettes and 1 litre of alcohol.