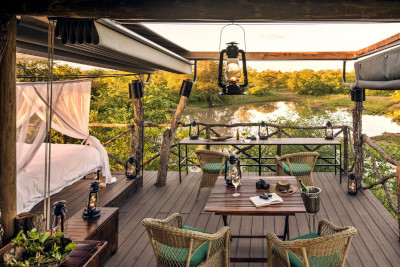 Sleep out deck at Motswari

Bordering on the Kruger National Park, the Timbavati reserve consists of a number of private concessions, and as is the case at Sabi-Sand, no fences hinder the free movement of game between these reserves.

The Timbavati Nature Reserve is one of 4 truly independent reserves bordering on the Kruger National Park, that have been incorporated into the park.

I really like the Timbivati..it has a rugged feel to it, and the game viewing is outstanding.

It has a strong rhino anti poaching plan that begins with the specially imported firearm sniffing dogs that is used as part of the  park search entry process. When you see the dogs and the anti poaching teams at work at the gate entrance you realize the reality of rhino poaching.

The Timbavati Private Game Reserve and the Kruger National Park share a unfenced border this allowing animals to freely range. As a consequence safari guests have a great diversity of wildlife that potentially is available for viewing. 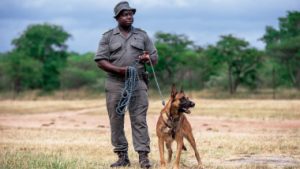 Since we custom design according to what you want, you can use any of the Timbivati lodges below as part of any of our our South Africa Tour ideas

Full Board ie All Meals and most drinks as each lodge has there own inclusions as to what drinks are included.

2 Game Drives per day about 3 hours duration per drive so about 6 hours of wildlife viewing per day, more if you do the safari bush walk if offered by your lodge.

Some have a sleep under the stars experience. 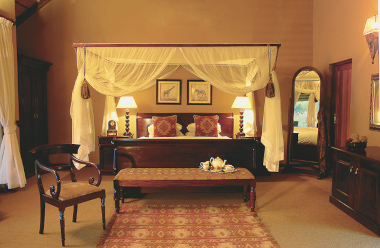 Kings Camp is situated in the Timbavati Private Nature Reserve, and reflects the charm and romance of a colonial past in a pristine corner of unspoilt Africa.

Kings Camp is situated facing an open savanna plain with a waterhole, which is frequented by a wide variety of wildlife, day and night. 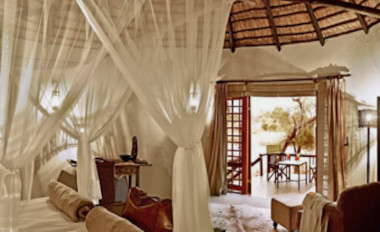 Motswari is a remote luxury camp that is limited to 30 guests.

At Motswari there are no spas or gyms. Its just the Africa bush in it most pristine state.

Simple Luxury and awesome game viewing is what you will find at Motswari. 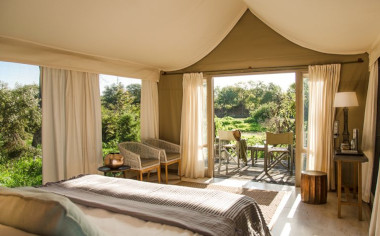 Simbivati is built on the banks of the Nhlaralumi River in the Timbavati Private Nature Reserve, which is part of the fenceless Greater Kruger National Park.

It has over 12 000 hectares of  South African bushveld that it traverses for the ultimate safari experience.

It is home to the Big 5,White Lions, and shaded by age old Jackalberry and Leadwood trees. 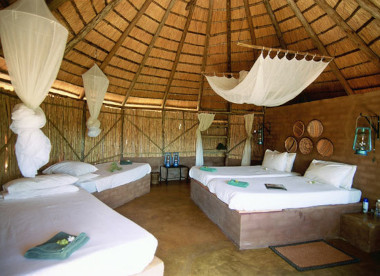 Candles light up the dinning area at Umlani that operates with 100% alternative energy sources (using only solar power with a standby generator) and uses 100% non-toxic and biodegradable cleaning products.

Umlani Game Lodge is an authentic camp is the ultimate experience of true wilderness and seclusion, accommodating only 16 guests in traditional African reed and thatch huts. 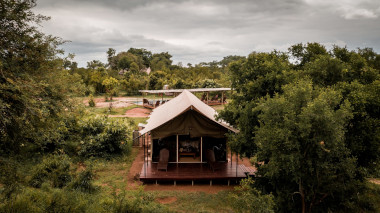 Honeyguide Tented Camp is in the 23 thousand hectare Manyeleti Game Reserve adjoining Kruger National Park, and is just a five hour scenic drive from Johannesburg or a short flight either to the Manyeleti airstrip or to Hoedspruit, half-an-hour’s drive away.

They offer breathtaking wildlife experiences at the same time as pampering the senses with meticulous service and superb cuisine. 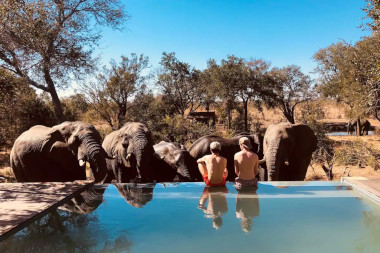 There are no fences and as such the game has no barriers to entry. The Timbavati has a rougher African bush feel to me than the Sabi area, its harsher, drier, and I personally like this area a lot, and have had  very good game viewing here.

The expansion of the park to include the privately owned reserves has been a tremendous boost for the safari industry.

The Safari lodges within the Timbavati, and the Manyeleti, which is privately owned, offer superb Africa safari experiences rivalling some of the best experiences you will get in southern Africa

The Timbavati, first came to prominence through the birth of what became known as ‘The white lions of the Timbavati’.

This pride and their offspring were a genetic throwback and were so unusual they were eventually captured and put in zoo’s all over the world. Today their offspring are alive and well even though the pigment is no longer visible.

The Timbavati is world class reserve with regular sightings of all Africa’s large game.

Once again, Johannesburg makes the best point of departure to fly in on charter or scheduled airline, either directly to the lodge or to nearby Hoedspruit Airport, from where guests are transferred by road to the lodge. 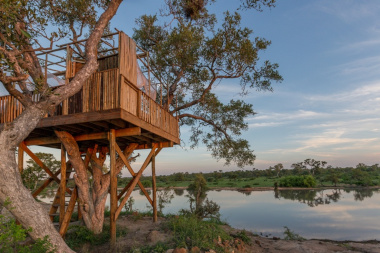