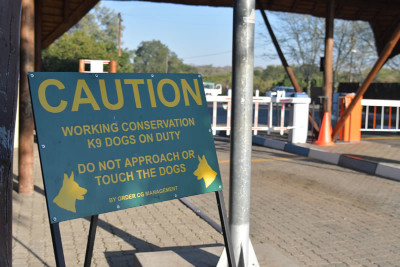 It was only on a recent visit to the Timbivati in October 2021 did the impact of the anti rhino poaching efforts sink in.

When you arrive at the main gate every vehicle is gone over by a specialized anti poaching ranger with his highly skilled and trained dog; a mixture of German Shepherds and Belgian Malinois.

These dogs are trained to detect a combination of rhino horn, elephant ivory, ammunition, firearms and or explosives.

One of the managers of the lodges in the park was instrumental in raising funds to bring the dogs over from Belgium.

Having spent time in 2 areas where they have rhino conservation programs, watched  some of the anti poaching units as they patrol, seen the guides who drive around every day 365 days a year to monitor the rhinos, it became clear to me that as some one who loves the bush I want to offer my clients these Rhino conservation specialized safari activities.

Every cent of the cost of these rhino conservation safari program activities goes directly to the conservation programs. 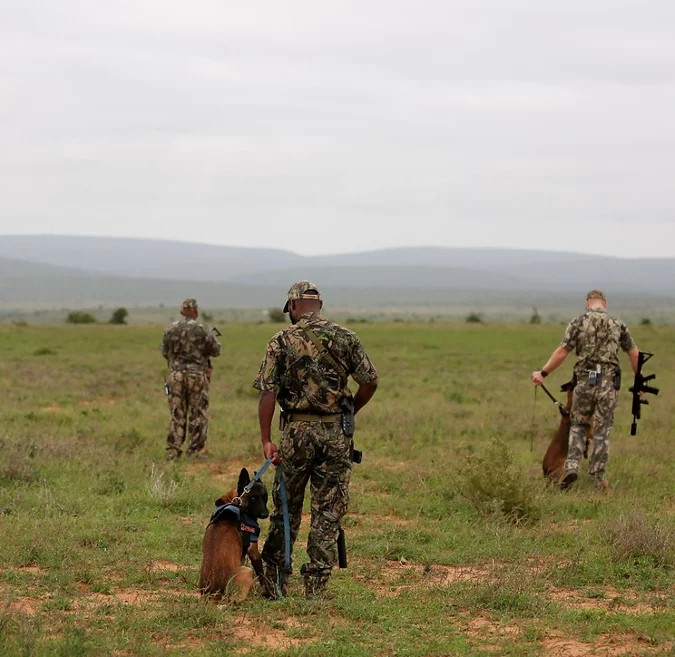 There are 2 areas that we offer rhino conservations safaris which are the Timbivati part of Kruger National Park and at a lodge in the Malaria free Eastern Cape.

you can travel to one of these area for a 1Night or 2Night stay to participate in one of the rhino safari programs.

Since we custom design Africa Safaris we can create this as you want it to be.

To assist with the rhino poaching epidemic in Africa, the Timbavati Private Nature Reserve is darting and microchipping their rhino population.

Guests are invited to participate in locating and darting the rhino and assisting with tasks such as keeping the rhino cool and checking its temperature.

An expert wildlife vet will be on hand to explain the process throughout and offer opportunities to take photographs with the endangered animal. 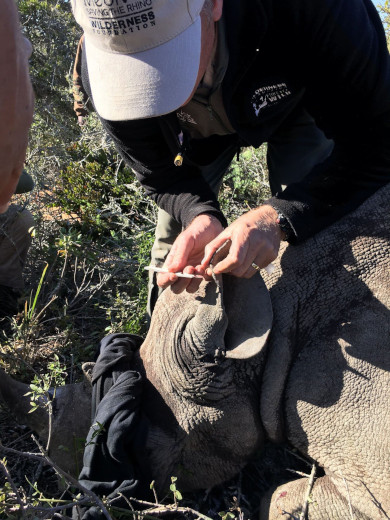 From locating and darting the Rhino, to assisting with tasks such as pouring water over the Rhino and checking its temperature… you will be included in the entire operation.

The vet will explain the whole process during this time and give you an opportunity to take up close and personal photographs with this magnificent endangered animal.

We are fighting an ongoing battle and the darting of the rhinos, which includes implanting micro-chips in the horn, ear notching and collecting data, is a part of ongoing efforts to build a national DNA database of all South Africa’s rhinos. 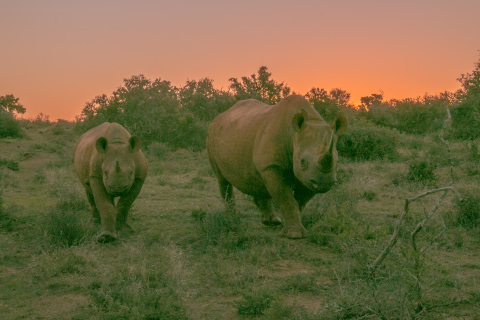 It’s all about gathering enough information about each creature to potentially build watertight cases against criminals, should these animals be targeted.

Any horns recovered by police in future would then be analyzed by forensic laboratories, and then matched against the growing national database.

This is not an income producing project for the reserve, but a genuine conservation project where the goal is for the Reserve to give back to nature by chipping as many rhinos as possible.

A three-night, four-day Rhino Conservation Safari offers an opportunity to participate in this lodges rhino-darting and notching program.

Under the supervision of experts, the rhino is darted in order to plant microchips into the horns and perform ear-notching for future identification – an essential task to ensure the preservation of this endangered species.

The best time is generally 1 May – 30 September due to cooler weather conditions, however it can be done all year. 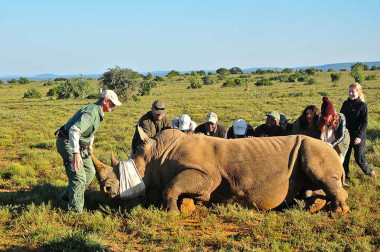 Be part of a unique insight into how this lodge and the game reserve’s ecological team monitor and protect our notable population of black and white rhino.

Led by one of the eco-team specialists, the 3-4 hour rhino drive focuses on finding and discussing specific individuals in our rhino population, learning about the habits of this threatened species, the issues of rhino poaching, and the lodges very own conservation efforts.

The picture below was the end point of a specialized rhino walking safari. 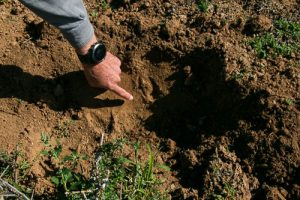 This safari activity began with : 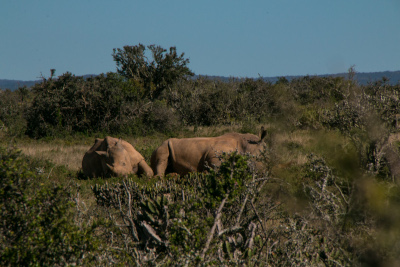 The future of this young one pictured above is dependent on whether we are willing to help out to this cause enabling this rhino to grow up, to live there life in peace and to contribute towards the continuation of the species.

That future given the devastating impact that Rhino poaching has had on the Rhino population is in yours’s and my hands.