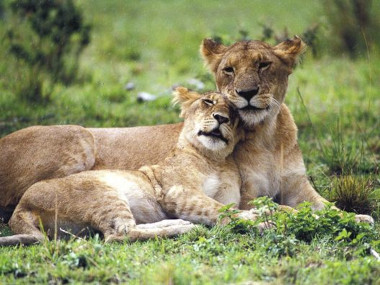 Savute is a remote portion of the greater Chobe National Park,Botswana that is arid dry area,opposite to the rich green foliage of the Chobe riverfront area.

The luxury mobile camping experiences will bring you close to this natural world.

Chobe National Park is known for having some of the largest wildlife concentrations in Africa.

This will include the Kalahari elephant reported to be the largest in the world,and while you are in Savutey ou will most certainly come across these large bull elephants that roam this area.

Close encounters with an elephant bull are almost certain at Savute. 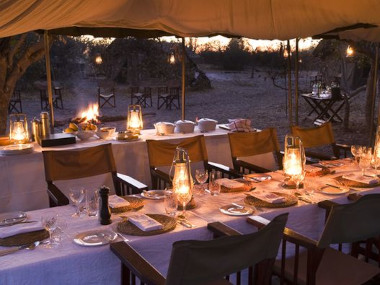 All year round,hot in Summer, with rain, however this area receives huge  animal migrations…well worth it.

Can this trip be modified: 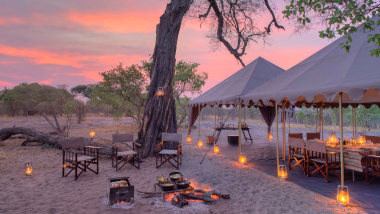 During the wet Summer months,the Zebra migrate to an area know by the local guides as Little Serengeti which is  a large flat area that has fresh grass from the summer rains.Some say this migration of animals is the second largest next to the big migration in East Africa.

Since the Savute Channel has started to flow again,the area around the channel has undergone a transformation.Lush rich vegetation has appeared where once it was dry and arid.

The marshlands attract both birds and wildlife that enjoy the grasslands,and elephants can be seen in this area.The lion versus hyena conflict is a well know conflict in this area.

Birding is excellent in the Savuti area.

This is the experience that awaits you on this remote luxury intimate tented safari.The Safari is fully staffed,and the best private wilderness campsites within Chobe National Park are used for this camping safari.

The National Geographic documentary film,Eternal Enemies was filmed in Savute. It the story of the battle between the lions and hyena in the area. 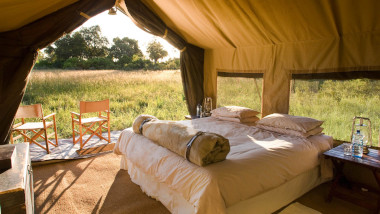 Savute Under Canvas has only 6 en suite bathroom luxury tents.

While campsites are relocated to different locations every few days,to obtain different experiences of the  Africa bush,the normal length of stay is about 2 to 3Nights.

Morning Game Drive – As dawn breaks,you are woken up with tea,coffee and homemade biscuits that will be brought to your tent.Then its of on safari on a 4×4 safari vehicle with your guide and tracker.The bush is waking up and we want to see what happened during the night.

The Savute area is known for the large number of lion.Possibly we will see some of them early in the am before they disappear into the bush to rest during the heat of the  day.

Take a hot shower,look at your photos,relax during the heat of the day……Kind of like the animals in the  bush.

Lunch – Lunch is served under the cool shade of the dining tent.

Afternoon Tea – Relax in your tent,read,watch the bush,take a nap, read…..this is the time to enjoy the peace and quite of the bush.

Mid afternoon tea is served with some  light snacks.

Evening Game Drive The afternoon game drive departs in mid to later afternoon.This is a time when when most of the animals come down to drink at the water holes.

Dinner – On your return to the camp the camp staff will serve you refreshing drinks around a blazing fire.You then have your meal under the Africa sky.The meals are cooked on the open fire.

After dinner,sit around the fire and listen to stories,eat some desserts,or sit with a cup of tea/coffee, and enjoy the beauty of the African sky

Drift off to sleep,listening to the sounds of the African bush. 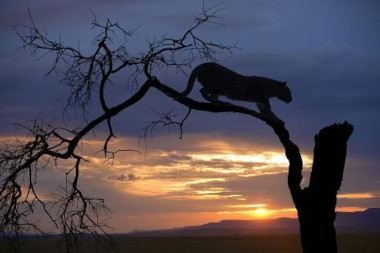