The only thing that needs to said about Little Mombo and its sister or brother Mombo Camp is that when you talk about the  best,most highly awarded camp in Africa,you mention the  name Momba.

Mombo and Little Mombo Camp are situated on Mombo Island,which is an an extension of the north-western end of Chief’s Island which effectively splits the Okavango Delta into east and west.

The whole of Mombo and Chief’s Island fall within the Moremi Game Reserve.The moremi is known to have the best game viewing in the Okavango Delta.

Maybe Momba Camp is the best game viewing in Africa! 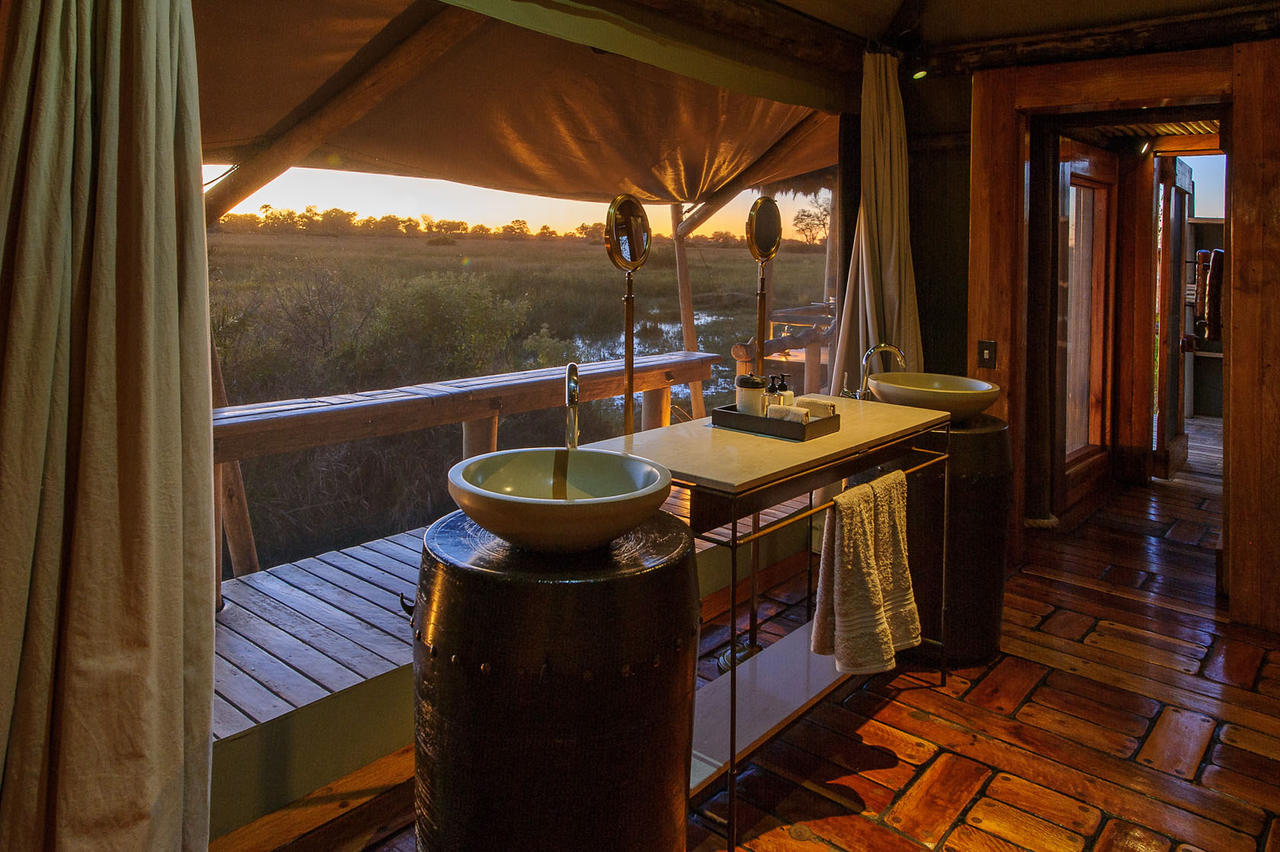 All year round(hot in Summer) 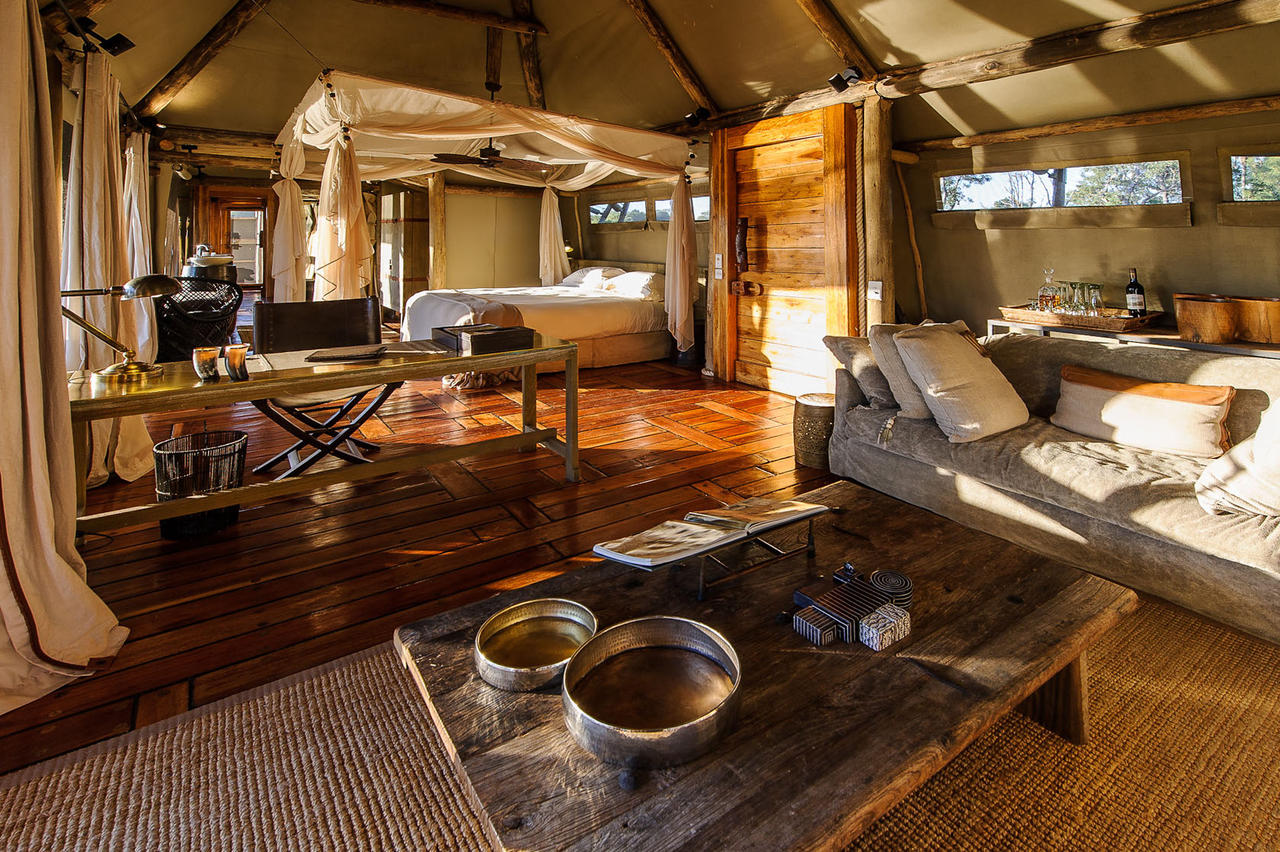 The 9 Luxury tents at Momba Camp have been built in a way that they have been raised 2 metres of the ground.

Built under large, shady trees
overlooks the the floodplains

Both indoor and outdoor showers.

All the area around these Luxury suites have amazing views.

Mombo Camp‘s main living and dining areas are under thatch.However a outside boma area adds gives you the experience to dine under the Africa sky,and the camp also has a plunge pool. 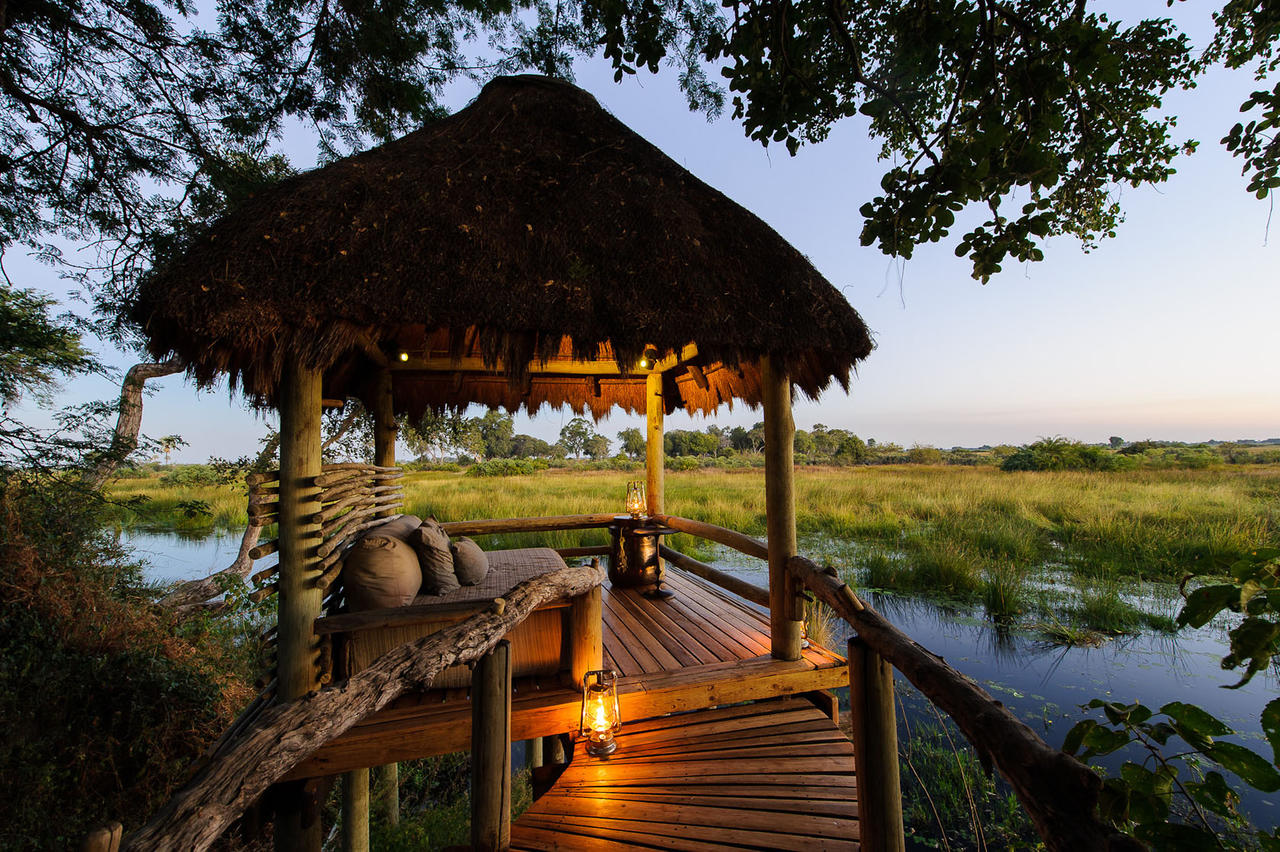 Activities at Mombo Camp include:

Morning and afternoon game drives. Open 4x4s provide an excellent vantage for viewing the high concentrations of plains game and all the predators – including the big cats. Lion sightings are frequent.

Black and white rhino have been reintroduced to the region with outstanding success (albeit most are further away from Mombo Camp), thanks to the Botswana Rhino Reintroduction Programme.

The sheer numbers and diversity of wildlife surrounding Mombo Camp all year round ensure that every guest has a breathtaking big game viewing experience: from herds of buffalo to the diminutive steenbok (a pretty dwarf antelope), to elephant, white rhino, southern giraffe, impala, blue wildebeest and Burchell’s zebra.

Lion and leopard are found here; and even smaller predators like serval and side-striped jackal are occasionally seen.

Type – 100% Game drives. No water activities although guests will see water in the area at times. 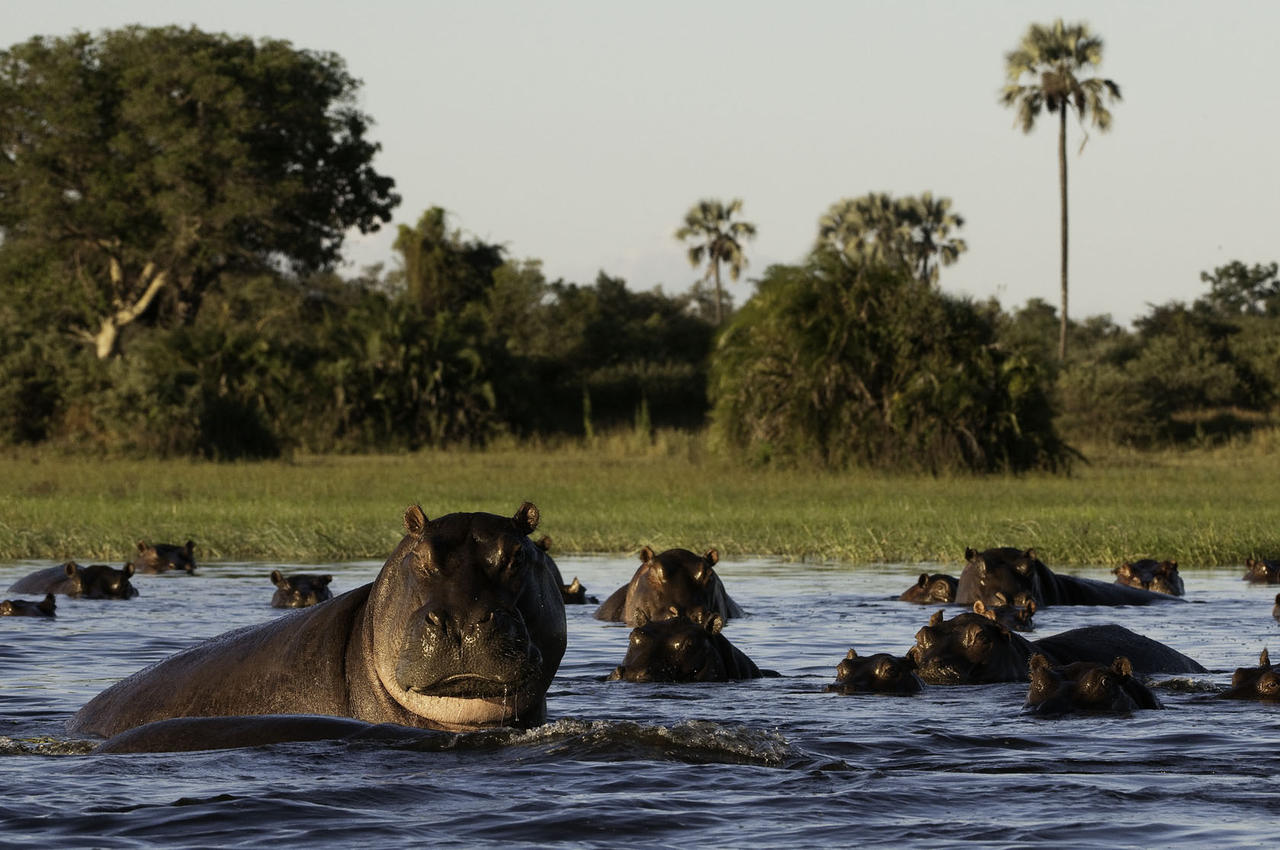 The annual cycle of flooding also allows large numbers of wildlife to utilize both habitats to the maximum.

Between March and May,when the waters come, large mammals are able to move into the Chief’s Island area,which contains rich resources of grass and Acacia woodland.

The wetlands are fringed by large hardwood trees,containing shade,cover, nesting areas,and food, for a wide variety of mammals and birds.

By September and October the waters have started to recede and leave behind vast floodplains of short,green grass when the islands are now at their driest.

This is the secret to the amazing diversity and quantity of wildlife in the Mombo region.