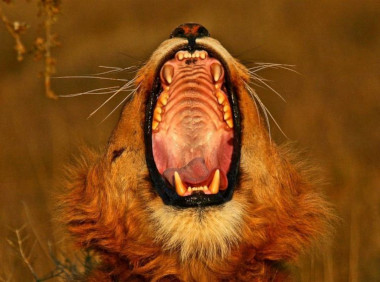 Some say this is the most beautiful region of South Africa.

Its full of wonderful surprises – rugged coastlines with white sandy beaches and coves,tranquil lakes,rivers and lagoons,forests with 800 year old Yellowoods and peaceful villages and towns.

Our  Eastern Cape Safari offers the famous big 5 game viewing,and they have  a variety of game parks from Luxury to Family to Moderately priced Safaris.

Discover this beauty on one of our Eastern Cape Safaris 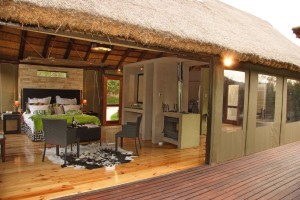 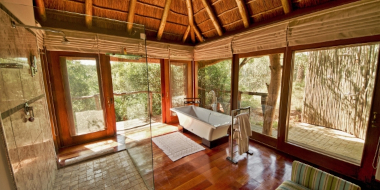 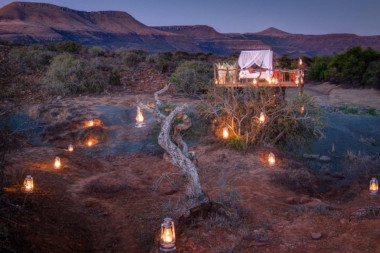 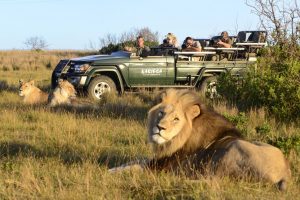 About the Eastern Cape

The Eastern Cape lying on the southeastern South African coast is a region of great natural beauty,particularly the rugged cliffs,rough seas and dense green bush of the stretch known as the Wild Coast.

The province’s diverse climates and landscapes range from the dry and desolate Great Karoo to the lush forests of the Wild Coast and the Keiskamma Valley,the fertile Langkloof,renowned for its rich apple harvests, and the mountainous southern Drakensberg region around the town of Elliot.

The Eastern Cape’s main feature is its spectacular coastline,lapped by the temperate Indian Ocean.

With long stretches of unspoilt sandy beaches, rocky coves,secluded lagoons and towering cliffs,the coast is the province’s main tourist attraction.Lying in Algoa Bay is Port Elizabeth, the largest city and an important harbour.

Other major towns include Bisho, the capital; Uitenhage, which has important motor vehicle manufacturing and related industries;King William’s Town, rich in early settler and military history; Grahamstown, also known as the City of Saints because of its more than 40 churches; as well as Mthatha, Graaff-Reinet, Cradock, Stutterheim, Aliwal North, and Port St Johns, the largest town on the Wild Coast. (text cr to sainfo)

Heading towards the Garden Route

Stretching from Still Bay in the west to the rugged Tsitsikama coast beyond Plettenberg Bay, and enclosed by the Langeberg, Outeniqua and Tsitsikama (pronounced sit-see-karma) Mountains, the Eastern Cape is the only area in South Africa which enjoys all year rainfall.

Access is easy, with flights to George airport from all main cities.Some travelers prefer to fly in to Port Elizabeth and drive through the Garden Route to Cape Town, enabling a visit to the Addo Elephant Park outside Port Elizabeth.

A toll road between Port Elizabeth and Plettenberg Bay bypasses some places that warrant exploration, so if driving by car, then choose the old, winding coastal road through forests and along the sea shore.

Places like Storms River Mouth are really well worth visiting. 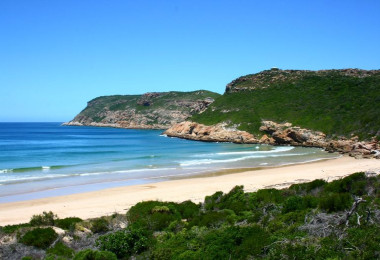 At Bloukrans River Bridge, the intrepid, the brave and the daring take the world’s longest Bungi Jump (216m drop), while for a few dollars at Plettenberg Bay a quick glider flight above the magnificent beaches and cliffs provides a bird’s-eye-view of the magnificent coastline.

Situated between lush forests and a peaceful lagoon,Knysna is a town with a fascinating history and charm and is home to numerous artists.

Most visitors to the area include a walk through the forests,and with names like The Garden of Eden,it is difficult not to pause to hug an ancient tree.

Birdwatchers have great fun spotting the Knysna Loerie,one of the numerous species which make this area a twitcher’s paradise.

Between Knysna and George, one can follow the original road along the Seven Passes Route, winding through indigenous forest, along lake shores and over rivers by way of narrow Edwardian bridges.

From George, it is an hour’s drive over the Outeniqua Pass to Oudtshoorn, original home of ostrich farming and one-time “Feather Capital” – meeting the demands of the fashion cognoscenti of Paris, London and New York a century ago. 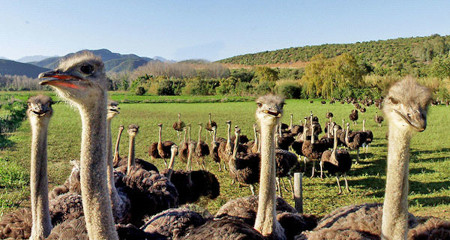 Here, one can also visit the famous Cango Caves, with its vaulted caverns and sculptures created by nature over millennia.

The more adventurous may choose to take the gravel road from Knysna over Prince Alfred’s Pass through Uniondale to Oudtshoorn – a hair-raising and dramatic drive along a precipitous road through starkly beautiful scenery.

By stopping over in Swellendam, he traveler can easily reach Cape Agulhas, the Southern Tip of Africa, with its rocky seashore and wild, untamed coast.

The natural tapestry of this region is a fragile, delicately balanced eco-system composed of many strands.

By staying over and exploring the coastal and forest tracks, the traveler will be richly rewarded by this wild lovely garden.