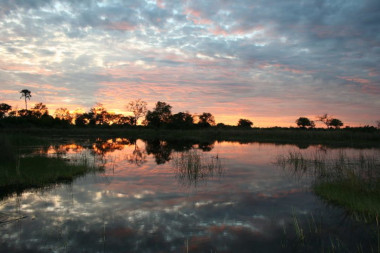 If you are looking for Botswana safari tour packages that can give you an idea of options click here.

Further down on this page we have a selection of Okavango Delta camps.

The Okavango Delta is one of the world’s largest inland water systems. It’s headwaters start in Angola’s western highlands, with numerous tributaries joining to form the Cubango river, which then flows through Namibia (called the Kavango) and finally enters Botswana, where it is then called the Okavango.

Millions of years ago the Okavango river use to flow into a large inland lake called Lake Makgadikgadi (now Makgadikgadi Pans).

The Moremi reserve, hunted by the bushman as  long as 10,000 years ago, was initiated by the Batawana tribe and covers some 4,871 km, as the eastern section of the Okavango Delta.

The  Moremi reserve is mostly described as one of the most beautiful  wildlife reserves in Africa. It combines woodland and  forests, floodplains and lagoons.

It is the great diversity of plant and animal life that makes the Moremi  reserve so well known.

The Moremi reserve contains within its boundaries approximately twenty percent of the Okavango Delta. 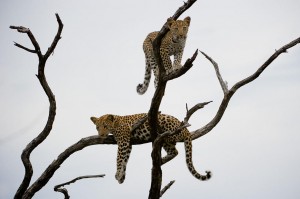 Luxury Abu Camp is located with its private concession of about 180,000 hectare (450,000 acre),within the the largest inland delta on the planet,the Okavango Delta.

contains more density of elephants that any other Safari location in Africa.

and to say it simply,the Okavango Delta is magical..

Jao Camp is a luxury camp that is located in a magical area of the Okavango Delta.

This area has many different sizes of islands with forests on them.

Jao camp is a multi use camp where you can experience both water and land safaris.

most highly awarded camp in Africa,you mention the  name

Mombo and Little Mombo Camp are situated on Mombo Island,

which is an an extension of the north-western end of Chief’s Island which effectively splits the Okavango Delta into east and west.

The whole of Mombo and Chief’s Island fall within the Moremi Game Reserve.

Mombo and Little Mombo Camp are situated on Mombo Islandwhich is an an extension of the north-western end of Chief’s Island which effectively splits the Okavango Delta into east and west. 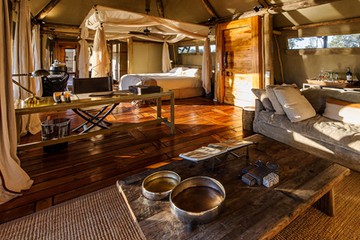 The whole of Mombo and Chief’s Island fall within the Moremi Game Reserve.

The moremi is known to have the best game viewing in the Okavango Delta.

Maybe Momba Camp is the best game viewing in Africa! 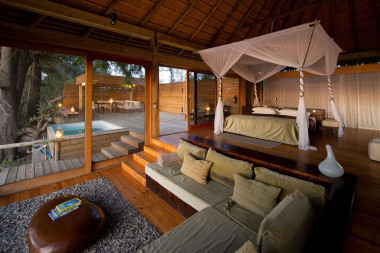 The Vumbura Camp location and the quality of the game viewing experience,make this one of the best areas to experience your Africa safari in.

Duba Plains Camp,is located in the northern part of the Okavango Delta.It is a private 77,000-acre reserve.

Duba Plains is inaccessible for most of the year except by aircraft.

It it this remoteness,secluded and private experience that makes Duba Plains

a not to be missed location when you plan your Botswana safari.

What makes Duba plains a unique feature on the Botswana Safari circuit is the large pride of lions and huge herd of buffalo,and the interaction between the two. 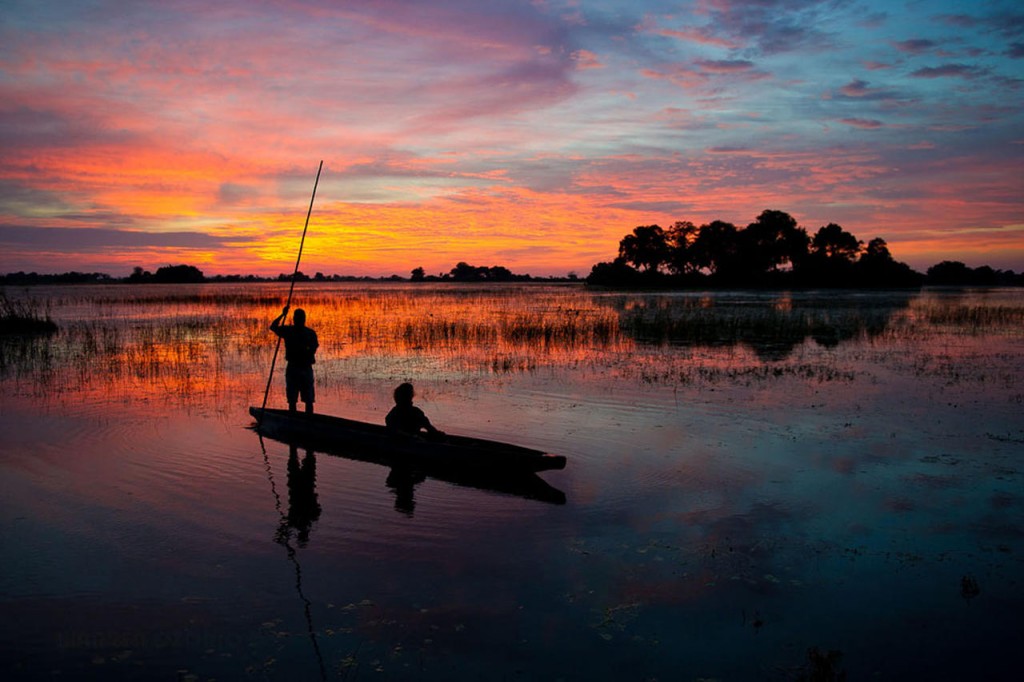 About the Okavango Delta:

Tectonic activity and faulting interrupted the flow of the river causing it to backup and form what is now the Okavango delta. This has created a unique system of water ways that now supports a vast array of animal and plant life that would have otherwise been a dry Kalahari savanna.

The delta’s floods are fed from the Angolan rains, which start in October and finish sometime in April. The floods only cross the border between Botswana and Namibia in December and will only reach the bottom end of the delta (Maun) sometime in July,

Taking almost nine months from the source to the bottom. This slow meandering pace of the flood is due to the lack of drop in elevation, which drops a little more than 60 metres over a distance of 450 kilometres. The delta’s water deadends in the Kalahari – via the Botetle river, with over 95 per cent of the water eventually evaporating.

The areas surrounding the delta are beginning to try out (the rains in Botswana occur approximately the same time as in Angola) and the wildlife starts to congregate on the edge of the newly flooded areas, May through October.

The delta environment has large numbers of animal populations that are otherwise rare, such as crocodile, red lechwe, sitatunga, elephant, wild dogs, buffalo, wattled crane as well as the other more common mammals and bird life.

The delta environment has large numbers of animal populations that are otherwise rare, such as crocodile, red lechwe, sitatunga, elephant, wild dogs, buffalo, wattled crane as well as the other more common mammals and bird life.

Safari activities by water are the primary speciality of the Okavango – the mokoro – a dug out canoe which is ‘poled’ along by your Guide is the most evocative way of exploring the numerous waterways. Motor launches travel on the main waterways and lagoons.

Traditional 4×4 Game viewing vehicles are used on the main islands, with night drives available in the private concession areas – not allowed within the National Park.

Walking Safaris are available from most Camps and Lodges – perhaps the most exciting way of viewing Game – stalking and tracking wildlife with an expert Guide.

Game Viewing flights are available by both light aircraft and helicopter, but hot air ballooning is not allowed.