The Pafuri Walking  Safari package is below this introduction

This private Concession is situated in the far northern section of the Kruger National Park with principal boundaries being provided by the Limpopo River in the north and east and the Luvuvhu River in the south.

Being a private concession the general public visitors to the KNP are only allowed to travel on the main tar road between the Pafuri Bridge over the Luvuvhu River and the Pafuri Gate.

Only game drive vehicles belonging to the three concessionaires,can traverse this wildlife area.

This greatly enhances the feeling of wilderness and remoteness that the Pafuri Walking Safari offers. 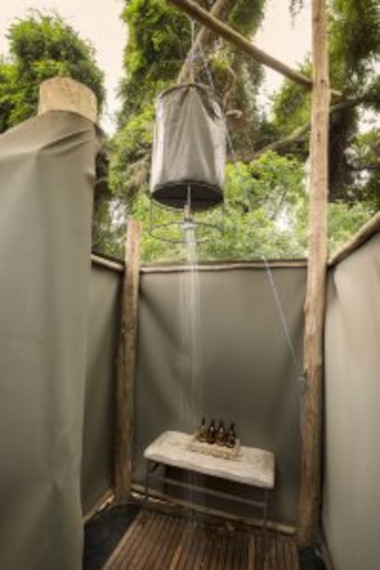 Arguably one of the few remaining true wilderness areas in Southern Africa,Makuleke is highly regarded for its biodiversity and spectacular scenery.A unique place  to experience this The Pafuri Walking Safari.

Sandstone and basalt ridges blend easily with extensive mopane, acacia and broad-leafed woodlands while the Limpopo and Luvuvhu River floodplains provide a grassland buffer between the Riverine and famous Fever Tree Forests.

The visitor can expect to see an extensive range of large and small mammals with large herds of Elephant and Buffalo in evidence while the healthy populations of antelope (particularly Nyala, Eland and Kudu) and Zebra support a good population of feline predators.

Walking the concession will also allow you to see the numerous natural springs which provide much needed water sources all year round consequently ensuring high volumes of large and small mammal traffic through the numerous game trails leading in and out of these magnificent springs.

The Concession is particularly well known for its prolific birdlife all year round with over 350 species being identified thus far, including the opportunity to see the elusive, shy Pels Fishing Owl which inhabits sections of the Luvuvhu River and the Racket Tailed Roller which can inevitably be found in the Fever Tree forests lining the Limpopo Flood Plain. 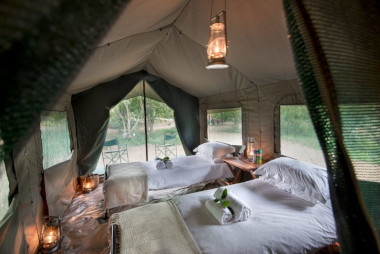 For those wanting a more “Close to Nature” type of bush experience, the Pafuri Walking Safari Safariprovides a more rustic tented camp type accommodation situated near the banks of the Luvuvhu River on the southern boundary of the Makuleke Concession.

This unfenced fly-camp will allow you to enjoy a true wilderness experience in the heart of the Makuleke bush 24/7 throughout the duration of your trail where the day’s bush activities literally start as you open the flap of your tent.

Trails run seasonally from 1 April to 31 October and on a 4 day, 3 night basis commencing either on a Friday or Monday afternoon from The Wilderness Pafuri Camp just off the Pafuri Bridge over the Luvuvhu River.

The accommodation is in walk-in canvas dome tents, with ensuite chemical toilets. Two bucket type hot water showers are provided to wash the days dust away while all meals are prepared on an open fire.

Morning walks commence at first light after rusks and coffee/tea walking either from camp or using the vehicle to drive to a drop-off point, then walking from the vehicle and back again.

Returning to camp, brunch is served followed by some much needed down time and the afternoon/evening walk or drive. A hot shower closely followed by ice cold drinks and dinner brings to an end another amazing day in an area that is undoubtedly one of Southern Africa’s best kept secrets.

We would recommend a stay at the Wilderness Pafuri Camp for a night on completion of the Trail to relax and put your feet up after the adventure in the Makuleke heartland.