This is a full day tour and while a half day tour can be created it will mean missing part of it.

The Cape of Good Hope Tour, the mother of all scenic tours which is possibly the #1 scenic tour in South Africa.

On this Cape Point you will experience the The Fairest Cape, and you will soon see for yourself where and why it earned its name. 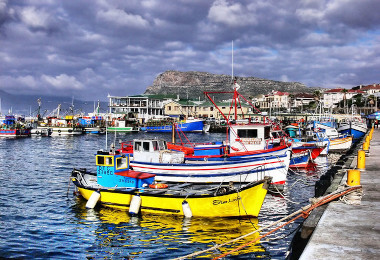 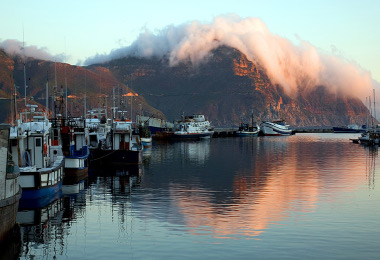 Depart for the Cape of Good Hope Nature Reserve along one of South Africa’s most scenic and popular routes.

We start our Cape of Good Hope Tour by cruising along the exquisite stretch of coastline known as Millionaire’s Paradise, from Camps Bay and Clifton to the exclusive beach hamlet of Llandudno, towards the charming working harbor of Hout Bay.

If you so choose, you can embark on an up-close-and-personal Seal Island cruise.

Hout Bay with harbor and Chapmans Peak drive across the bay.

Thereafter we wind along the legendary Chapman’s Peak Drive hugging the cliffs and relishing the breath taking ocean views. 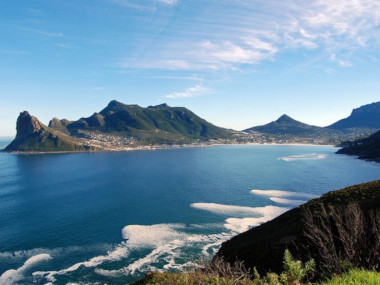 We will visit the wild and beautiful Cape of Good Hope Nature Reserve, an integral part of the world-renowned Cape Floral Kingdom.

Then it’s on to Cape Point where (by tradition) two marine ecosystems and oceans meet.

Here they will experience the grandeur of one of the highest sea cliffs in the world, the drama of the two mighty oceans meeting to become one, the scenic splendor, intriguing history and abundant visitor attractions of the Cape of Good Hope at the south-western most tip of Africa.

There is a choice to either walk up to the point or ride on the funicular. 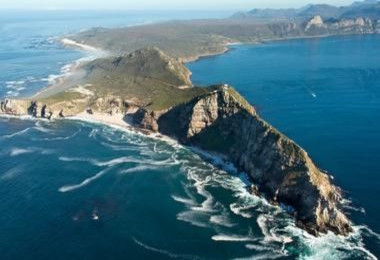 After lunch, the coach moves through to Boulders Beach, which is home to a growing colony of the vulnerable African (or ‘Jackass’) penguin, which may easily be viewed at close quarters from the boardwalk.

Thereafter you drive through the historic naval base of Simon’s Town.

Simonstown is the location of the headquarters of the South African Navy and the town’s naval associations go back to the time of the British occupation of the Cape when it was the base for their South African squadron.

Twenty-one buildings along the main street are over 150 years old, and have been restored to their original Victorian splendor.

If time permits, and you are willing, we can potter around the Bohemian-style shops of Kalk Bay. 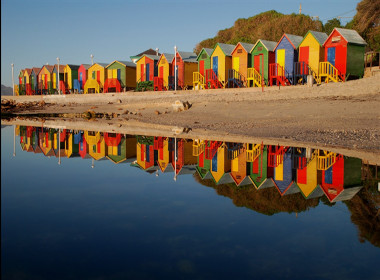 We continue and pass by Muizenburg, Surfers Corner, possible to swim in the warmer waters of the Indian Ocean.

If we have time, we can stop at Kirstenbosch Botanical Gardens.

The Fairest Cape of All ,that was Sir Francis Drake’s opinion

This is a full day, returning back to the hotel between 5 and 6pm.