Cape Town is the ideal place for a historic walking tour, so we created this slower meandering Walk Historic Cape Town Tour.

This tour can be operated on a vegan meal and snacks basis.

The Malay Quarter is home to a large segment of the Cape’s Malay(Muslim) population. 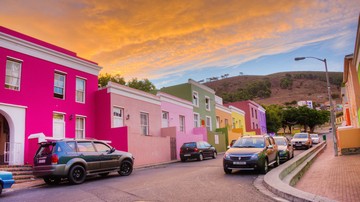 The original immigrants (slaves, political exiles) spoke a language called Malayu and thus their descendants have become known as the Cape Malays.

The Malay population has made a significant contribution to the development of South African society, especially to its language and cuisine.

Our walking tour takes you on a fascinating journey through this colorful and interesting area on the eastern slopes of Signal Hill.

We visit the Bo-Kaap Museum where you learn the history and culture of the people in the area, slave history, oldest mosque, oldest street in Cape Town, Tana Baru – burial ground of holy saints, colorful houses, cobblestone streets, etc.

The tour lasts for about 2.5 hours.

This tour takes place on request. A registered tour guide who is also a resident of the area will conduct the tour.

The tour usually takes place in the morning, starting between 9h30 & 10h00.

The cost does not include lunch, but once again lunch can be arranged on request.

Lunch takes place at the home of one of the residents where traditional Cape Malay dishes are served, buffet style e.g: 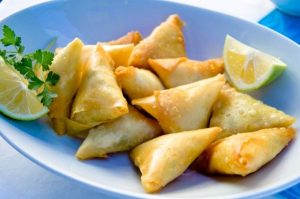 Guests are collected and returned to their hotels.

We also can arrange traditional dinners in this area along with a local choir group to sing local traditional songs for you.