With the rocky coastline as our path, from Cape Agulhas to Cape Hangklip centered in the Hermanus area, you’ll witness the giants of the deep, whale watching by plane, crashing through the water with their fellow species, with mating groups of up to ten whales.

These colossal creatures can now be appreciated and easily tracked. Our record is 135 whales in a 15 minute flight. Flights depart from Hermanus. 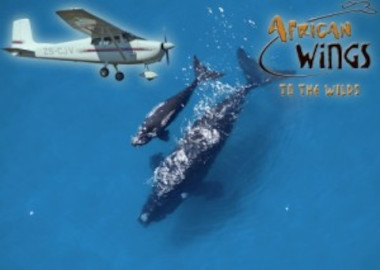 Other  trips that we can do by plane are:

From Hermanus we will fly along the coast to Cape Hangklip, the eastern point of False Bay. Then it is a breathtaking flight around False Bay to it’s western extreme at the bottom of the Cape Peninsula, Cape Point.

Along the way you pass over pristine beaches, seaside towns and the southern part of Cape Town.

From Cape Point we fly up the western side of the peninsula over central Cape Town and the harbor and then back to Hermanus via the scenic Elgin Valley. 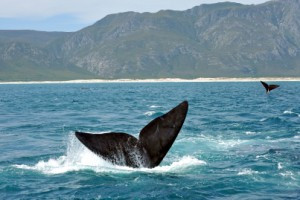 A flight along the Southern Cape coast over dolphins, whales, great white sharks and some of the most spectacular, deserted coastlines you have ever seen brings you to the southern tip of Africa.

Lunch in the restaurant in the historic Agulhas lighthouse is followed by a walk out on the tip of Africa.

A tour of the picturesque town of Struisbaai and a flight back round off a perfect day.