This is a private tour which can be a half day as well as a full day tour.

If you prefer to be with others, we can make this a scheduled public tour.

As well there are various restaurants to eat at in the area. 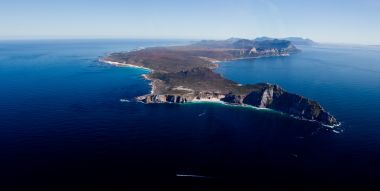 Join us on Africa’s premier tour route to the romantic meeting place of the Indian & Atlantic Oceans. Sir Francis Drake the explorer called it “the fairest Cape that we saw in the circumference of the Globe” This tour offers a full and exciting day out

This morning you will be collected from the hotel and transferred on a full day Cape Peninsula tour.

Depart for the Cape of Good Hope Nature Reserve, along one of South Africa’s most scenic and popular routes.

You drive through Sea Point and visit Hout Bay. Then it’s on to Cape Point where (by tradition) two marine ecosystems and oceans meet. Here they will experience the grandeur of one of the highest sea cliffs in the world, the drama of the two mighty oceans meeting to become one, the scenic splendour, intriguing history and abundant visitor attractions of the Cape of Good Hope at the south-western most tip of Africa.

There is a choice to either walk up to the point or ride on the funicular.

After lunch, the coach moves through to Boulders Beach, which is home to a growing colony of the vulnerable African (or ‘Jackass’) penguin, which may easily be viewed at close quarters from the boardwalk.

Thereafter you drive through the historic naval base of Simon’s Town. Simonstown is the location of the headquarters of the South African Navy and the town’s naval associations go back to the time of the British occupation of the Cape when it was the base for their South African squadron. Twenty-one buildings along the main street are over 150 years old, and have been restored to their original Victorian splendour.

After Cape Point (lunch must feature somewhere) it is on to meet some comical Jackass friends of mine then, a very special dog in the historical town of Simonstown. If time permits, and you are willing, we can potter around the Bohemian-style shops of Kalk Bay before I return you to your hotel tired and very content.

We continue through Muizenberg, and if we  have  time, and you decide  that you want to go to the  Kirstenbosch National Botanical Gardens, we will do that..This  garden needs a   good 3hrs on wards to enjoy it..

Sprawled over 560 ha on the eastern slopes of Table Mountain, these world-renowned gardens are dedicated to the preservation of the indigenous plants of Southern Africa. Some 6000 different species are grown here, including ancient cycads and many species of protea, erica, pelargoniums and ferns. Throughout the year, the gardens are a colourful blaze of flowers, shrubs and trees.

Return to the hotel in the late afternoon