The tour to Robben Island is approximately 4 hours from the time of departure to the return at the waterfront.

We make all necessary arrangements including the boat trip and transport on the island.

Snacks are provided on request in advance.

This Robben Island Tour fits well with a Cultural Township half day tour, or a Historic Cape Town walking tour and then a Robben Island tour in the afternoon.

Logistically the walking tour is a easier less hurried flow.

Robben Island is where Nelson Mandela was imprisoned along with many other political prisoners. 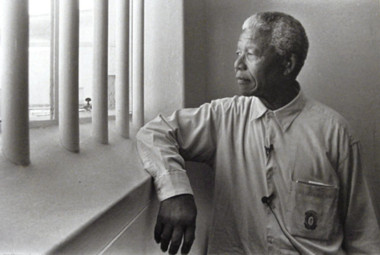 Robben Island is a tour never to be forgotten.

The Robben Island tour includes a visit to the lime quarry which was used by the prisoners to mine lime.The harsh white light and heat in the quarry in summer and the long, wet winters made it an extremely uncomfortable space to work in.

A visit to the maximum-security prison home to Nelson Mandela for many year is one of the important highlights.

This section includes the single cells in which Nelson Mandela and other prisoners spent their prison time in.

In the village tour you get to see the leper cemetery Sobukhwe house,WW II gun batteries as well as the houses used by the warders.

UNESCO has declared it a World Heritage Site and it is protected as a National Monument. Since the time of incarceration of political prisoners, the island acquired its other name “Devils Island.”

Conditions on the Island were most brutal: tortures and assaults were a daily occurrence.

The Warders’ instructions, coming from Pretoria, were to humiliate and break down the fighting spirit of the freedom fighters imprisoned there.

However the Political Prisoners maintained their fighting spirit for freedom, peace and. Prisoners went on hunger strikes, they petitioned Pretoria and raised their plight as best as they could.

They campaigned vigorously to be released unconditionally from prison so that they could play their rightful role in a free South Africa. The world campaign for the release of Political Prisoners grew.

The people of South Africa continued the struggle and their demand for the release of prisoners was gaining momentum all the time.

The pressure on the Apartheid regime was growing relentlessly. Conditions gradually started improving on the Island. Tortures and assaults were becoming fewer and fewer. Political prisoner were being treated more humanely.

For many political prisoners,Robben Island became an education second to none