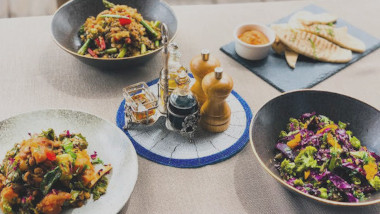 If you are new to a Africa safari we have a information page about a Africa safari that will answers many questions about a typical day activities on safari, safari clothing, etc  About Africa Safari

From the perspective of the vegan safari traveler the words East Africa means safaris, Zanzibar or other exotic beach location, and climbing Mount Kilimanjaro, all of which are now available to the vegan traveler through our custom designed vegan safari and tour services.

We purposely do not have rates on our site as rates change with seasons, availability, contracts change and our quotes are based on current availability/prices.

Vegan travelers on a Africa safari want to experience the magnificence of the Africa wildlife and have their eating preferences catered for. 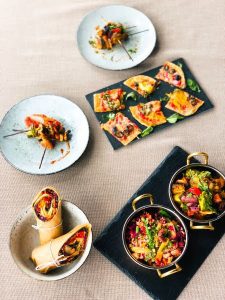 They are all possible on a custom designed Vegan East Africa Safari which is more than just 3 meals a day,

What type of vegan food can you expect on a vegan Africa Safari.

We want to ensure that the safari vegan traveler is not just minimally provided for, we want you to feel that you are fully accommodated for in all the aspects of your experience. 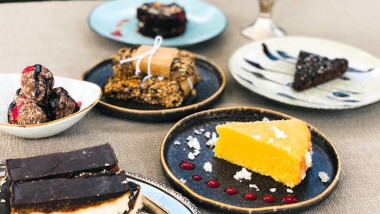 Vegan dessert Luxury Lodge in Kenya. No safari is complete without dessert. 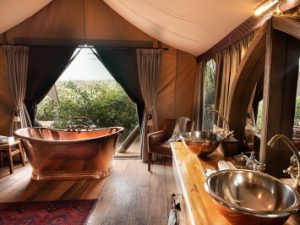 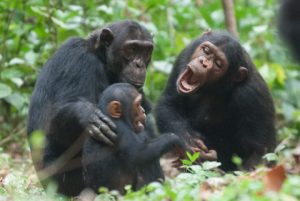 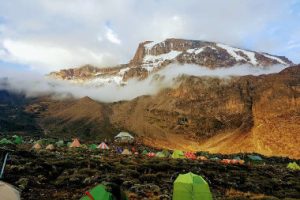 One of the big bucket list to do for many people is to Climb Kilimanjaro .

This is all possible to do on a plant based/vegan diet as we have created a vegan menu plan that supports your day by day nutritional needs during this physically focused experience of climbing the highest mountain in Africa.

For your Mount Kilimanjaro climb we do all the logistics like obtain the permit, arrange for guides, cooks porters, lodging, transfers etc. Read more about the different routes, general information about Tanzania and rental gear ideas for climbing

Adding in a vegan Uganda Gorilla safari is possible. Budget for at least 3 to 4Nights minimum which includes 1 trip permit Gorilla Safari. Your local Uganda tour guide is vegetarian as well. Its on request, please ask

Lounging and relaxing on Zanzibar Island or one of the other beach getaways such as the Seychelles.

For those who are into photography we can create a dedicated vegan photographic safari.

“I don’t have other photos of the food, but I can attest that my meals were so substantial that I ended up having a massive surplus of food and snacks that I brought for myself for the hike. I just couldn’t keep up with the amount of quality food that was being provided to me on a regular basis.

Don’t get me wrong, I am a big eater and can eat quite a bit, and I still struggled to eat all of the food given to me at each meal of the day.

Furthermore, Yessi, my tour guide, gauged my acclimation to the mountain by the volume of food that I would eat at each camp (as well as a variety of other factors but he made a point to tell me that he was impressed by my eating, haha), and he ultimately decided that I was progressing so well that we could attempt the summit a day earlier than planned.”

Mara Nyika Camp, meaning “Large Plains or Great Plains,” is an intimate tented camp set in a valley and. a perfect location for your safari in Kenya. The camp tucked away under the treetop canopy straddles a small stream on the western side of the Naboisho Conservancy bordering the Maasai Mara.

Mara Nyika Camp and its light-coloured canvas suites are designed to sit under the canopy of umbrella thorn trees. All the suites offer guests unforgettable views out over the plains. Walkways from the guest suites to the main area evoke the feeling of a treehouse under canvas. 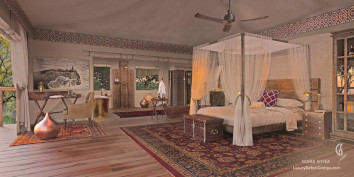 The camp’s ethics and inspiration are one of exploration and adventure.  Privacy is the key to Mara Nyika Camp.

Privacy to live, think, explore, be romantic and be pampered – all the while with one of the most spectacular backdrops Africa can provide.

Guests staying at Mara Nyika Camp explore the private and exclusive 50,000-acre Naboisho Conservancy, the second largest conservancy in the greater Maasai Mara region. “Naboisho” means “coming together” in the Maasai’s Maa language and represents the 500 local landowners who established the conservancy.

The conservancy model strives to conserve natural and cultural heritage, tourism, and livelihoods for the local communities.

Each guest’s stay supports over 500 Maasai families with a sustainable livelihood and helps to ensure the conservation of this vital corner of the Maasai Mara eco-system. 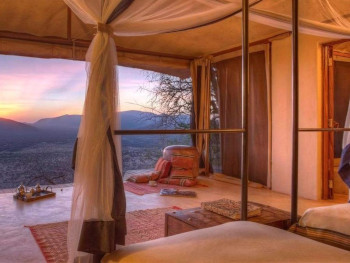 Still semi-nomadic and very strongly connected to their traditions and culture, the Samburu are one of the most famous and interesting tribes in Kenya.

Closely related to the Masai and speakers of a version of the Maa language Masai and Samburu understand each other perfectly well.Tall, very intelligent and sensitive, the Samburu have learnt how to survive on a very difficult and today are among the pioneers of eco-tourism in Kenya.

Samburu guides and trackers know this land inside-out and will take on a journey of discovery through it.

As the only lodge in over 200,000 acres of unspoiled wilderness teeming with wildlife to explore exclusively, and guided by Samburu warriors passionate about their land and culture, the safari experience at Saruni Samburu is intimate and truly exceptional. 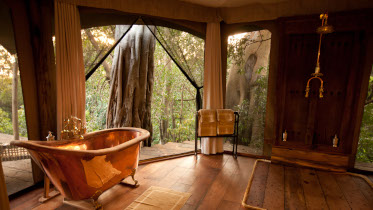 Mara Plains Camp is a luxury camp that offers plant based vegan meals.

Mara Plains Camp hides in the thick forest on a bend in the Ntiakitiak River. A perfect luxury Kenya safari camp.

It is inside the 35,000-acre private Olare Motorogi Conservancy and borders Kenya’s Maasai Mara Reserve. Mara Plains Camp is a captivating and intimate experience of its own in one of the most iconic wildlife destinations on the planet.

One of only five camps in the Olare Motorogi Conservancy, Mara Plains Camp, has unrivalled access to more than 100,000 acres of exclusive land.

This area is prime habitat for a vast number of wildlife species, and this is in addition to offering unfettered access to the 375,000 hectare Masai Mara Reserve 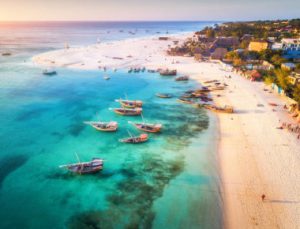 Zanzibar Tanzania just like many places across the world is a evolving process of new vegan restaurants and hotels/ boutique resorts or bungalow lodging that has new vegan menus.

Some people want to be close to Stonetown the main town, others want more remoteness, others want a bit of both.

If Zanzibar is on your list which is a good place to relax after a safari we will custom design your stay according to your budget interest etc. 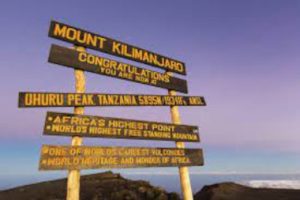 I have been on Safari in South Africa, Botswana, Kenya, Zambia, Zimbabwe long before this current upsurge in popularity in plant based foods due to leading a vegetarian lifestyle for over 40 years, and have had no problem obtaining the food I pre order.

Of course the more remote you get its possible the more simple the choices become, beans and rice here we come.

However the location, the magical Africa Safari bush more than make up for any gourmet meals missed and when you are out you can eat it up again.

This only applies to very remote locations otherwise the quality goes right up at most if not all Africa safari lodges and or camps.

In fact most Africa safari lodges as part of the reservation experience ask about meal preferences.

As we custom design Africa safari you can be ensured that your Vegan African Safari will not only be catered for both in the lodge/camp meals but also for the morning/after game drives snacks etc.

The other culinary experience that present itself in some Africa safari lodges is to try local vegan based meal options. 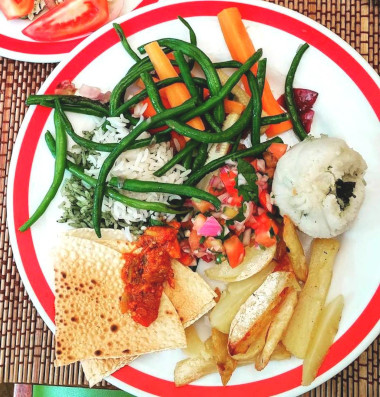 Ugali is a dish of maize flour (or a blend with millet or sorghum) cooked with water to a dough-like consistency. It is served in balls, from ping pong ball to fist size  or large scoops.

It is the most common staple starch featured in the local cuisines of the African Great Lakes region and Southern Africa.

Think of it as polenta, without the yellow or the salt.

The maize flour used in ugali is from white corn. It is traditionally not salted or seasoned, but rather served with spicy sauces to add the contrast to the plain grains.

One of the unique experiences that we can gain through travel is tasting the local culinary options of that destination.

Africa being a large continent with many countries it offers many different  types of culinary experiences some of which are provided for the vegan safari traveler in the many different East Africa safari lodges and camps. 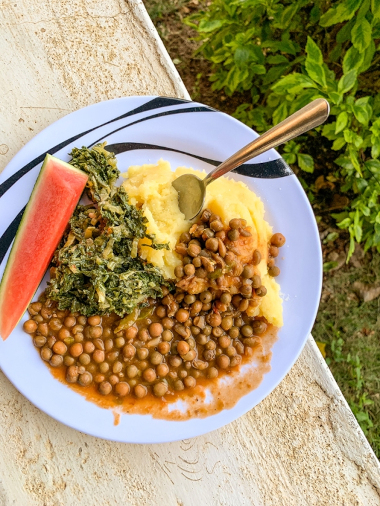 Tasting local grain, vegetable, herb etc combinations vegan style is one of the culinary delights to look forward to on a vegan East Africa safari.