We will custom design your sardine run activity along with the rest of your South Africa holiday tour. 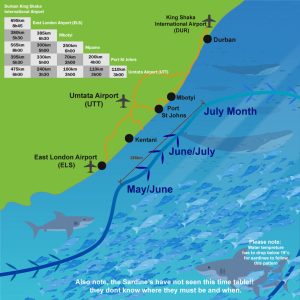 What is the Sardine Run?

The sardine run is a seasonal movement of fish and predators along the Eastern Cape coastline to the South Coast of KwaZulu Natal, South Africa. 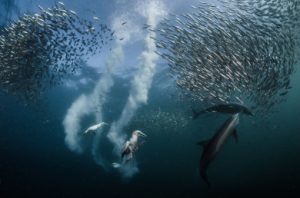 What is the best time to see the Sardine Run?

This is probably the thousand dollar question! As a natural phenomenon relying on complex interrelation of currents, weather and animals, the run can be very hard to predict. As a general rule the action moves from up from the south, so if your dates are early, May to June, look to Port Elizabeth and East London. From June to July look at Coffee Bay, Port St Johns and Mboyti. 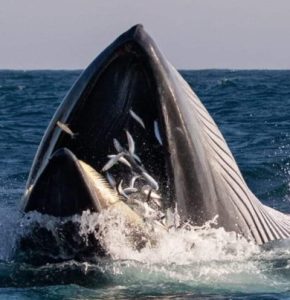 Where is the best place to see the Sardine Run?

Many dive charter companies now make their own migration to the Eastern Cape to set up temporary bases on the Wildcoast and take people out in search of sardine related action. Expeditions are run from as far south as Port Elizabeth, up to Mboyti, just north of Port St Johns. 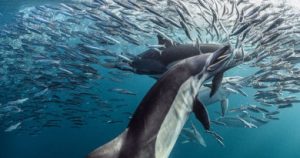 Summary of all things sardine run:

The sardine run is a totally wild, unpredictable event but when everything comes together the sardine run is the most spectacular wildlife spectacle on the planet; dolphins whipping the ocean surface into whitecaps, thousands of birds diving, whales lunge feeding through shoals of scattering fish. In these moments time becomes meaningless, as you witness this amazing play of life and death unfolding 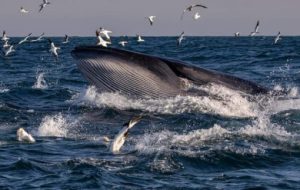